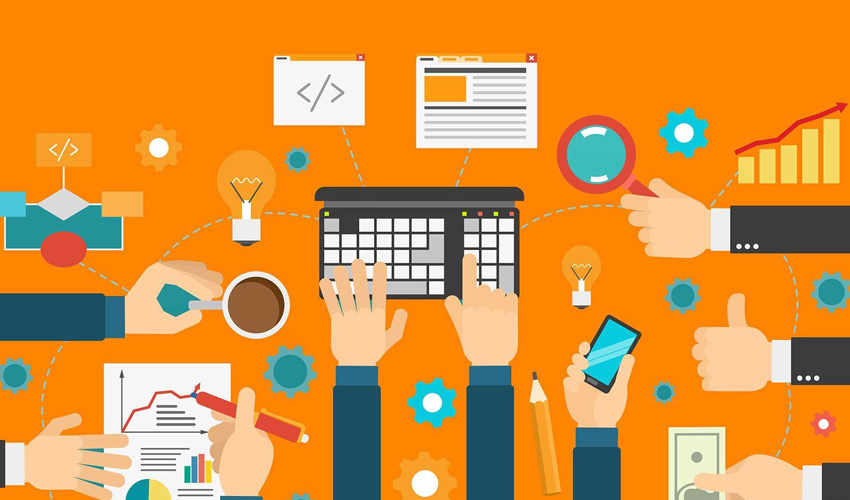 Posted at 28 Oct 2016 in Blog, Programmatic Advertising by administrator

What does your role as Global Trading Director entail? Are there any specific types of advertisers, agencies, or clients that you focus on?

As the GTD I head operations, trading and product for Sparcmedia (Agency and Advertiser Business). I have developed best practices and also been an integral part in shaping our positioning based on my take on insights fueled marketing. I am also responsible for delivering revenue, profits, EBITDA, driving business strategy and the position of the business and Leading the strategy and Insights team.

Programmatic advertising has really come into vogue over the last few years, with it being adopted by most major agencies and brands. Do you ever see a day where traditional RFP / IO – based ad buying will be a thing of the past? How close do you think we are to that future?

I think traditional RFP/IO’s will be something that will change depending on the advertiser/company/agency. A lot of mid to tier 1 brands will either end up taking their strategy and media buying in-house or would enter into a partnership with a company who would integrate completely into their supply chain. In those cases, the marketing manager and trader would drive the media buy strategy or the integrated service provide and I believe the level of trust and the integration between the service provider and the brand would be up to a level which would not require back and for the of IO’s RFPsetc to sign off on the media buy.

But there will always be smaller businesses who won’t be able to take their advertising in-house or integrate with a service provider to high degree due to their size, marketing budget and willingness to trust, for this case there would still need to be ongoing “contracts” to regular be signed off either in the form of an IO or a mini contract.

One of the main complaints of programmatic advertising is the lack of transparency and large amounts of fraud on the open exchanges. How do you see the major demand & supply platforms mitigating these concerns over the next few years?

I think in terms of lack of transparency is still being claimed by those marketers who have not found the right partner, here are Sparcmedia we integrate with our partners to such a high degree that we provide the information and the insights that the client actually needs and allow our partners to take those insights to develop their entire marketing strategy and decisions not just campaign to campaign.

Ad Fraud is a big problem in the industry and is akin to the same problem of pickpockets on city streets or just thieves in general. What brands need to understand is that Ad tech providers take this seriously and are doing their best to avoid this and fight the problem. Sparcmedia uses multiple ad verification technologies on campaigns and scrubs any fraud traffic that we have found before reporting to the advertiser, hence the brand never pays for any fraud activity.

Demand and Supply partners are investing in technologies and development to fight these thieves, especially since its also in their best interest. If Demand and supply partners keep access fraud inventory then campaign doesn’t work, brand sales would be effective since the bots interacting are not real people and only real people buy things and if those campaigns don’t work with those providers why would a brand spend money with them?

I believe there will be a reduction in fraud inventory in the future but it will never disappear since there will always be thieves in this world.

Have you had the opportunity to work on a private marketplace deal, and what was your experience with it? Can these processes be improved even further?

Yes, on multiple occasions. I believe this can be made better with better automation and a unified marketplace and interface where people from all around the world can negotiate, and set up PMPs on the click of a button rather than still trying to find out who the contact is in a publishers’ workspace and their email and contact them to set something up.

I see Google is working towards this along with other Exchanges to but there is still a fair way to go.

In your opinion, do you think there will ever be a single programmatic platform where all inventory can be accessed (non-guaranteed, guaranteed, direct, etc) in the future, like “One Platform to Rule Them All”?

I believe there will be multiple of those “One Platform to Rule Them All”. The reason behind this is that everybody wants to make money and not share it and technology always changes in such a way that you will never know if a giant from today will be sold for scraps tomorrow (Yahoo for example). I believe with the development of Meta DSPs and also Artificial intelligence algorithms will get more complex and no one knows who will have the best.

Programmatic has been a boon for marketers and advertisers, due to the sheer efficiency, scale, and targeting it offers them. However, many publishers have seen programmatic as a destroyer of their premium inventory, by commoditizing their direct sales channels and one-one relationships with advertisers. Are publishers justified to feel this way, and what equilibrium do you think will be reached in the future when it comes to this?

People tend to compare programmatic to open exchange RTB inventory always, but what they don’t always understand is programmatic is more of automated way of buying and selling in a programmed way. I think Publishers have started to understand that this is more efficient for them too and have started leveraging programmatic to increase efficiencies, reduce costs on their end too. There are many publishers who are working with the like of Adsparc, our sister company who works to increase yield for publishers.

Pubs are embracing programmatic faster in some markets than others.

What do you think the effect of ad blocking will be for the ecosystem, especially in inventory that is purchased programmatically?

I think this would in the long term do good for the brands. People block ads not because they don’t want to be advertised to, but a lot of ads are of low quality and are annoying since there are publishers who create and market their content for the sole purpose of earning money from ads and have just low quality click baited content.

I think Ad blockers is a good police check for bad publishers and bad marketing campaigns. Hence would allow for the better publishers and better engaging to come more to the forefront and allow better interactions between brands and consumers

Doubleclick launched “Marketplace” in mid-2015, allowing a small set of beta users on Doubleclick Bid Manager to purchase ‘programmatic guaranteed‘ inventory through any publisher that was integrated with AdX. What are your thoughts on this?

I think this is a good step into a unified marketplace for publishers and brands to be able to interact and buy/sell ads. The negative drawback is again Google’s walled garden and I think this would be a better place if things were more open, but I still think it’s a step in the right direction.

What are your thoughts on native advertising? Is there a clear distinction between native bought directly from the publisher (branded content, sponsored posts), as compared to native bought through ad networks (in-feed, fits the format of context)?

I think native ads are important to brands are an important source of revenue for publishers. I think there is a clear distinction in the minds of advertiser and brands between the two and are always treated separately, ad networks such as Taboola, Outbrain provide good revenue for pubs but sometimes pubs can lose the plot and just end up having a lot of click baited native ads on their site which are just a waste of time for the person who is not going to consume the end content. At the end as long as it provides a good experience to the content consumer it will work for the brands and publishers.

What are some innovations happening right now in digital/mobile advertising that excites you the most?

I’m most excited about innovations happening in Artificial Intelligence and the move towards having the consumer define who (brand) he or she wants to speak with and when. Sparcmedia leveraging Pureprofile panel and technology are moving towards giving more control to the consumer.

Lastly, what is your take on the future of the way media will be bought and sold?

I think in the future media will be bought and sold more efficiently and more smoothly. With the push coming from Artificial Intelligence recently and the investment happening in that industry, it won’t be long until AI finds its way into the digital and media space, with current algorithms only being able to bid an buy media based on constraints having to be manually set in by traders, imagine a world when those constraints can be put in by AI and rates also negotiated between publishers and brands by AI.